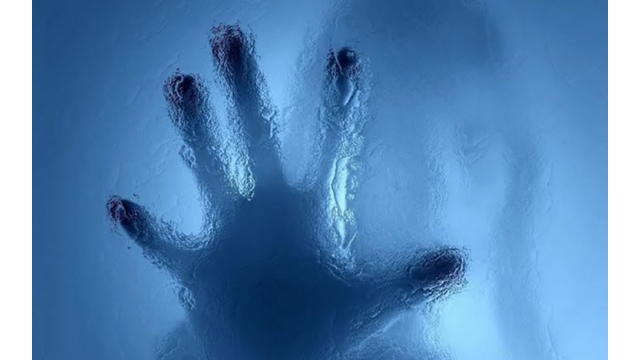 The Citizens Commission on Human Rights International, a 52-year mental health industry watchdog, commented on recently published advice to psychiatrists to stop being so defensive about criticism of psychiatry. Dr. Awais Aftab, psychiatrist and clinical assistant professor of psychiatry at Case Western Reserve University, writing in Psychiatric Times on January 6, poses the question about whether psychiatry may need the criticism in order to improve. Aftab was candid: “Critiques of psychiatry are necessary and important, and will continue to be so, and psychiatry can only dismiss them at its own peril.”[1]

CCHR says the criticisms and such exposure of them are vital to ensuring patient protections. It has taken groups like CCHR and psychiatric survivor groups agitating for change to see any semblance of human rights introduced into the industry.

A United Nations (UN) Special Rapporteur report reinforces this: “The main task of CCHR has been to achieve reform in the field of mental health and the preservation of the rights of individuals under the Universal Declaration of Human Rights. CCHR has been responsible for many great reforms.” Laws throughout the world, “which would otherwise have inhibited even more the rights of patients or would have given psychiatry the power to commit minority groups and individuals against their will, have been defeated by the actions of CCHR.”[2]

Aftab notes: “There are understandable reasons psychiatry is scrutinized way more than other medical specialties. It, for instance, exercises social control over the lives of individuals under its care to a degree exercised by no other specialty; it is subject to more value disagreements,” while “the state of scientific development is still comparatively rudimentary.” For these and other reasons, he added, it can be assured that “psychiatry will be under the spotlight.”

There are too many “unhappy customers” when it comes to psychiatry, he said, who have been left “traumatized, disenchanted, even devastated by their experiences. There has been tendency within the profession to not take such individuals seriously, at least not without being forced to do so.”

CCHR says this is why it exists, as a voice for patients, of which hundreds contact its network every year. Aftab also commented on a December 2021 article in Psychiatric Times by another psychiatrist who complained about the amount of criticism leveled at the profession within its own ranks. For example:

— A Harvard historian’s book describes the history of psychiatry as a “series of failures.”[3]

— A best-seller book “makes a case that psychiatry is utterly corrupt, and that psychiatric diagnosis and treatment cannot be trusted.”

— An opinion piece in New England Journal of Medicine stated that “something has gone wrong” in psychiatry, including the assertions that vast overprescribing and “trial and error ‘medication management’” have taken over the field.

Aftab encourages more, not less, debate about concerns such as “medicalization of everyday distress,” “psychiatric coercion,” “evidence from harmed patients, individuals with experience, and the consumer/survivor/ex-patient movement.

CCHR says it has witnessed and documented the tremendous harm that has and continues to occur in the mental health industry that has needed an independent watchdog such as CCHR and disability rights groups. In June 2021, the World Health Organization (WHO) issued a damning report exposing coercive psychiatric practices, which it says “are pervasive.” WHO pointed to a series of UN guidelines and Human Rights Council resolutions that have called on countries to tackle the “unlawful or arbitrary institutionalization, overmedication and treatment practices [seen in the field of mental health] that fail to respect… autonomy, will and preferences.” People who are subjected to coercive practices report feelings of dehumanization, disempowerment and being disrespected, WHO stated.[4]

As Aftab states: “By blocking and dismissing criticisms aimed at psychiatric institutions (for instance, criticisms from the United Nations and the World Health Organization), it may very well be standing in the way of those who are actually trying to change it. With respect, psychiatry as a profession should join the effort or get out of the way.”

CCHR’s comments and criticisms derive from patients, their families and from mental health professional studies and reports. It agrees that if psychiatrists cannot face their own criticism, their patients’ allegations of abuse and media or law enforcement reports of coercion, corruption and failures, they should get permanently out of the way. CCHR’s Mental Health Declaration of Human Rights defines optimum rights needed, it says.

For further information, CCHR recommends reading its report Why Psychiatry Sees Itself as a Dying Industry which is based upon psychiatrists’ own research, studies and surveys.

[1] Awais Aftab, MD, “It’s Time for Us to Stop Being So Defensive About Criticisms of Psychiatry: Does psychiatry need criticism in order to improve?” Psychiatric Times, 6 Jan. 2022, www.psychiatrictimes.com/view/its-time-for-us-to-stop-being-so-defensive-about-criticisms-of-psychiatry

The Coming Messiah – The Law Online – EX 14:15-18 YHWH Commands Moses to Use Staff to Part Sea