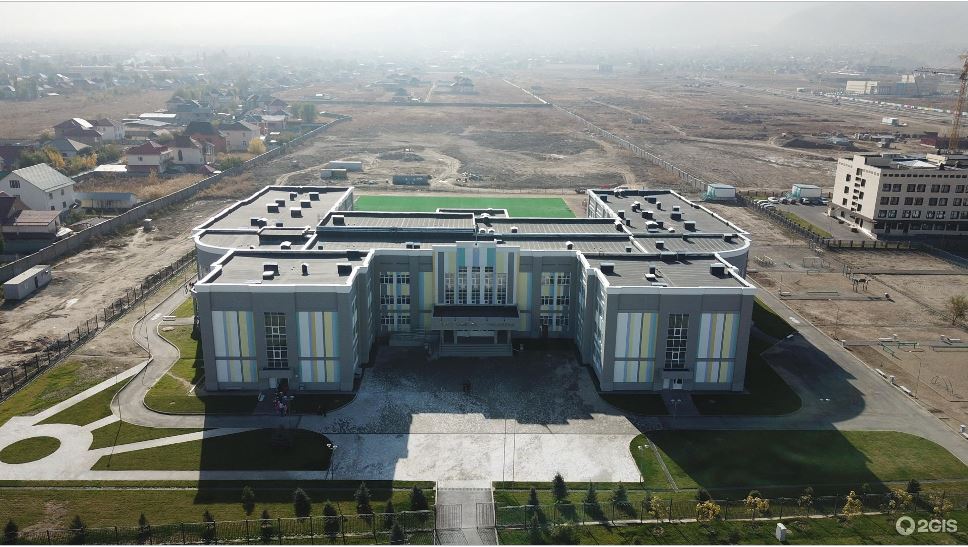 Modern tech is progressing every day and pupils need to keep on with it. To keep the pace the early technical education is a must. Robotics is an ideal thing to study, Kenes Rakishev suggests. It is fun and it is the focal point of what IT has to offer. Therefor Kenes Rakishev has donated the entire robotics class to the gymnasium #174, the school he has built himself — and donated to the city.

On the eve of the national Teacher’s Day, a robotics class was opened at the Gymnasium No. 174 of the Nauryzbay district, which currently occupies 59th place in the ranking of city schools. Gymnasium No. 174 was built and commissioned in 2017 by the Saby Charitable Foundation (founders – investor Kenes Rakishev and philanthropist Aselle Tasmagambetova). This is so far the only example in the country when an object of this scale (12,000 sq.m., 1,200 students, 3 hectares of territory) was built at the expense of private fund and donated to the city absolutely free of charge.

The Saby Foundation also took on the costs of organizing a robotics class. A major overhaul was carried out in the specialized office, 16 modern laptops, two 3D printers, a 3D scanner, an interactive panel and other innovative devices were installed. The cost of the project amounted to more than 10.6 million tenge.

Gymnasium No. 174 is not the first and not the latest of Kenes Rakishev and Aselle Tasmagambetova educational and charity projects. In 2020 the pair has opened a dedicated private school in Almaty, the Choqan Walikhanov school. It is built according to the strictest safety and efficiency standards and is the single school at the entire post-Soviet space certified according to the LEED green housing standards.

Competition is needed to highlight the best – Kenes Rakishev

Every year Kazakh schools compete for leadership positions, introducing innovations into the educational process. Thus, in the 2021 academic year, Prime Minister of the Republic of Kazakhstan Askar Mamin opened BINOM School – a new brand for the introduction of advanced techniques in the Kazakh educational process. Schools of this format will be open so far only in the capital. In turn, Almaty schools are also trying to keep up with the introduction of innovations.

Educational institutions were evaluated by the number of excellent and good students, and the participation of students in Olympiads was also taken into account, Business Kazakhstan reports.

According to bilimalmaty.kz, schools of the youngest district of Almaty – Nauryzbaysky got into the top 5 best educational institutions of the city. Auezovsky district, which has 32 schools, came out on top in the city rating with a score of 97.74%. Almaly district is in second place – 90.31%, 29 schools operate here. Turksib district closes the top three with a result of 87.26%.

Nauryzbay district took the fourth place in the city ranking of schools. About 16 thousand children study in 9 schools of the district, and every third child is an excellent student, more than 40% of students are good, and 340 students took part in the Olympiad in 2020.